The basics of plasma treatment – what is Plasma?

Until the 1950’s, matter was thought to exist in only three forms i.e. solid, liquid, and gas. But all that changed when a Danish engineer discovered plasma. But what is plasma?

What is Plasma and Plasma treatment?

Plasma is matter that exists in the form of ions and electrons. Basically, it is a gas that’s been electrified charged with freely moving electrons in both the negative and positive state.

The situation is actually a resultant of further energy being given to a gas which causes the breaking free of negatively charged electrons from the nucleus.

On a deeper level, plasma can be described as a gas that’s been partially ionized. It is a mixture of neutral atoms, atomic ions, electrons, molecular ions, and molecules present in excited and ground states. The charges (positive and negative) balance each other therefore; a good number of these charges are electrically neutral.

The charged particles present in plasma are responsible for its high electrical conductivity. Since plasma consists of electrons, molecules or neutral gas atoms, positive ions, UV light along with excited gas molecules and atoms, it carries a good amount of internal energy. And when all these molecules, ions and atoms come together and interact with a particular surface, plasma treatment is initiated.

Hence, by selecting a gas mixture, pressure, power etc. the effects of plasma treatment upon any surface can also be specified or precisely tuned.

How Plasma treatment is performed

The gas then flows in the enclosure at a low pressure. This is done before any energy (electrical power) is applied. It is imperative to know that plasma treatment performed at low temperature can easily process materials that are heat sensitive.

These types of plasma are sometimes referred to as ‘cold plasma’. Plasma treatment is mainly used for cleaning, surface activation, deposition, and etching – if you are interested in knowing more about plasma etching (plasma etch) we recommend you read our article about plasma etching. Also read about Plasma cleaning and what it is used for here.

Useful for pretreatment of surfaces

On an industrial level, plasma treatments are used for treating surfaces of various materials prior to any coating, printing or adhesion. Therefore, it can also be referred to as a kind of pretreatment of surfaces. Treatment with plasma removes any foreign contaminants present on the surface of a material making it more suitable for further processing. Materials like plastics are prone to lose any type of printing or coating done on their surfaces because of their glossy texture unless treated.

Plastics are made up of polypropylene and are homopolar which means that they do not bond that easily.

Applying plasma treatment on such surfaces can result in an effective pretreatment of surface activation before any gluing, printing or lacquering could take place. Similarly, materials like ceramics and glass can also be treated with plasma. Usually, industrial oxygen is used in plasma treatment as a process gas, hence receiving the title of oxygen plasma.

However, atmospheric air is also used in many plasma surface treatments referred to as atmospheric plasma. Depending on the type of material that is being treated with plasma, effects can remain prominent for just a few minutes or even months.

Curious about Plasma Treatment technology? Get a quote or ask a question. 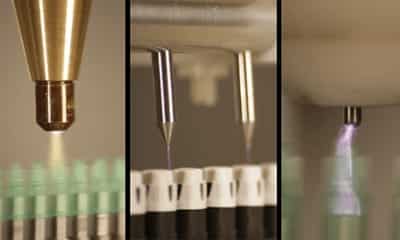 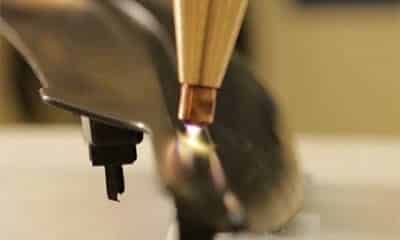 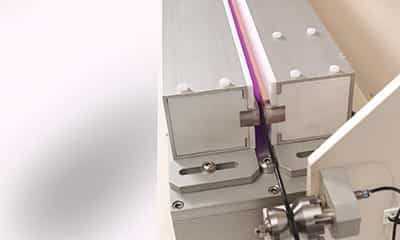